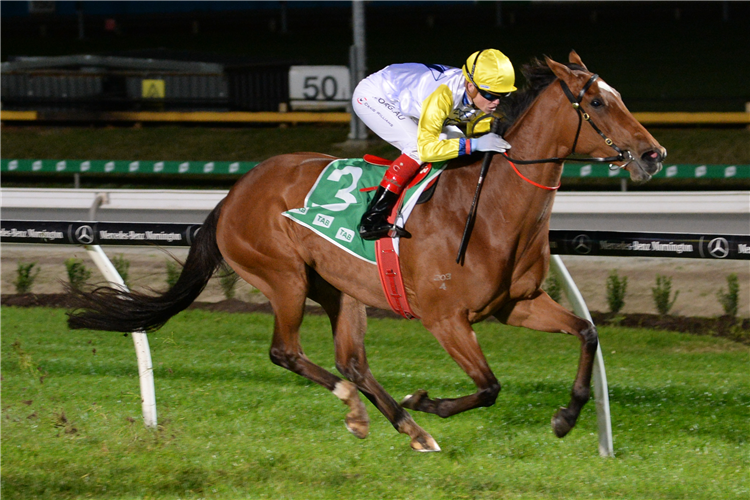 Midweek racing brings us into the depths of the winter schedule, just as race courses around Australia begin to slowly let patrons back inside their doors. Another low amount of acceptors for Canterbury today, but it doesn’t take away from the quality of racing within the program. Racing also comes from Sandown Hillside, Murray Bridge, Ipswich and Belmont to round out the day. Don’t forget to keep an eye out for the racing at Happy Valley in Hong Kong, as the race for the jockeys premiership between Purton and Moreira comes into its final stages. Check out PlayUp form analyst Lewis Willoughby’s top five bets for the day below.

Sandown Hillside R1 #11 Diamonds In the Sky $11.00 at PlayUp – This P Moody trained filly comes here on debut to what looks a wide open and competitive race to kick start the card. There is no knock towards other horses in the market here, but I thought double figures on debut looks good overs for this horse. Has only had the one jump out leading into this debut run, but did win a trial back in February. This latest jump out, she showed great early speed to lead the trial under a strong hold, and kept finding very impressively through the line to win, and in doing so recorded the fastest time of the morning for all the heats over 800. Barrier three looks perfect, she will land up on the speed with ease, and can give a huge sight. Selections: 11-10-4-7

Sandown Hillside R2 #3 The Natural $3.20 at PlayUp – Comes here first up this prep out of the Mcevoy yard, and has a very important booking of D Oliver to boot. That doesn’t surprise me though, as this filly’s jump outs leading in have been extremely impressive. She’s had two in total, winning the first one under a big hold, and crossing the line with Propelle in the latest one, who is a proven performer in Saturday handicap grade. The Natural should be well forward enough of those two jump outs to be very competitive over the 1000m here, expect her to position handy to the speed, or leading, and be mightily hard to run past in this bm64. Selections: 3-2-6-10

Sandown Hillside R6 #13 Stellar Impact $4.40 at PlayUp – Fourth up into her campaign now, has been running exceptionally well and is looking to atone here for a last start defeat. I think the way she was ridden last start worked against her, she led and the rider really steadied the tempo, crawling the field through the middle stages. She was then unable to quicken as well as others on the turn, and was found out late. Stepping out to 2400 now fourth up is a major positive, and from barrier 1 she will boot up quickly to lead, and hopefully bowl along at a quicker tempo this time. She is dropping 2kg in weight here and sticks to equal grade, and will start much shorter than her current quote. Selections: 13-9-11-3

Canterbury R1 #8 Mooy $4.60 at PlayUp – This A Cummings filly comes here second up, and I was really taken with the way she shot through the line in the very late stages of her first up run last time out. She was coming off a really long spell, and found the 1100m in the heavy way too short, but the way she picked up through the line was eye catching. Much fitter now second up, and I don’t think the wet track should be an issue, coming out to the 1550m is much more suitable. Carries only 55kg after the claim, which is a huge weight advantage on the rest of the field. Should give a big sight here. Selections: 8-7-1-5

Canterbury R5 #13 Estrado $8.50 at PlayUp – Comes back to the Canterbury 1100m after a very convincing win last start at the same distance, in similar heavy conditions. Was pulling away late through the line for that dominant victory, and maps for a very similar run in transit here today from barrier 2, facing the exact same conditions as last start. Holds that low weight of 55.5kg, and is proven to handle the heavy going. Should start shorter come race time, not sure why it’s currently close to double figures. Selections: 13-8-14-12